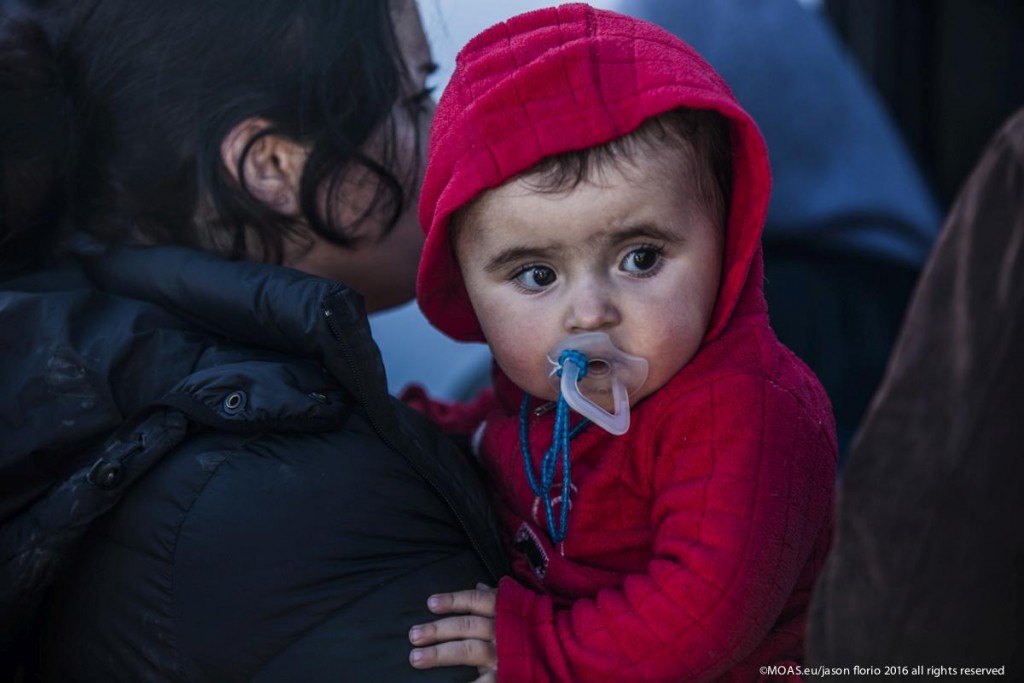 Respondents in China, Germany and the UK emerged as overall the most welcoming countries in the world. 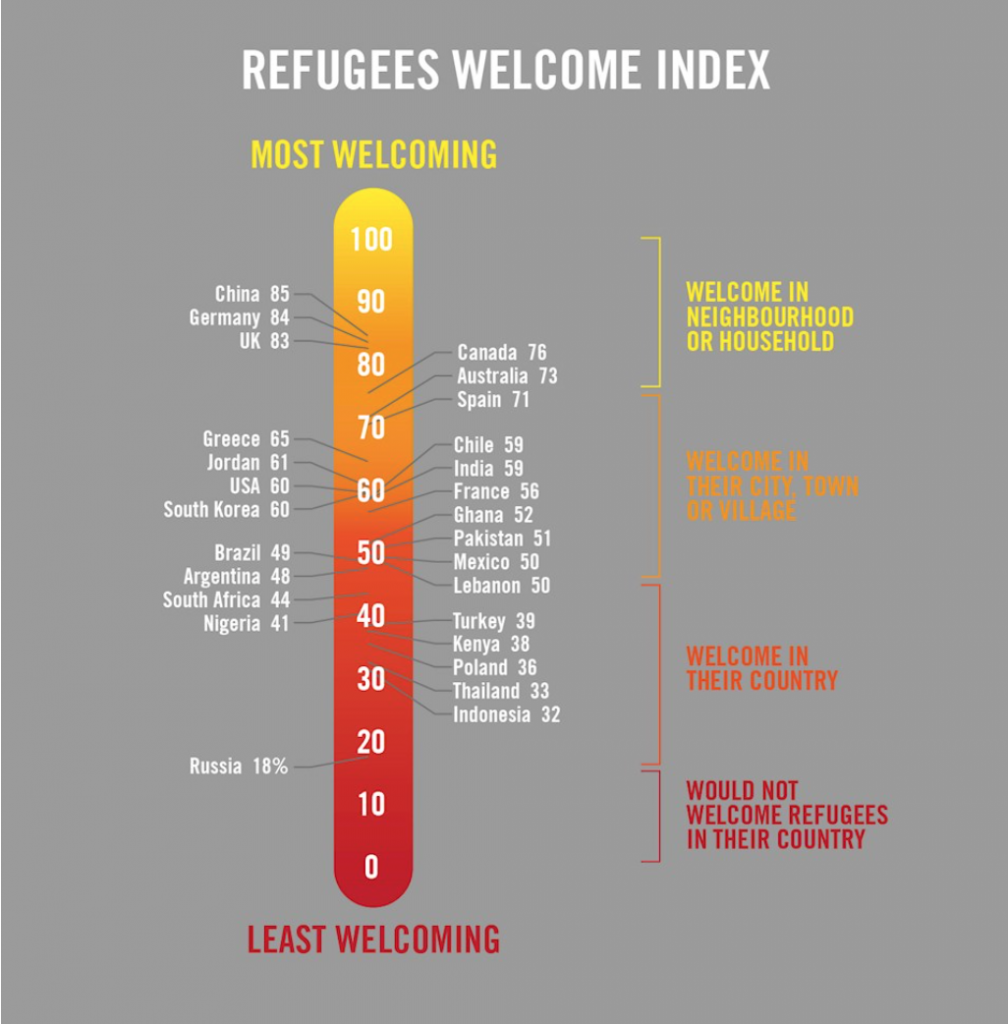 The new Refugees Welcome Index, was carried out by the internationally renowned strategy consultancy GlobeScan for by Amnesty International and surveyed more than 27,000 people.

It ranks 27 countries across all continents based on people’s willingness to let refugees live in their countries, towns, neighbourhoods and homes.

Even in countries like Jordan,  Lebanon, and Turkey, which have taken a substantial number of refugees fleeing conflict in Syria, respondents attitudes towards refugees was overall very welcoming. 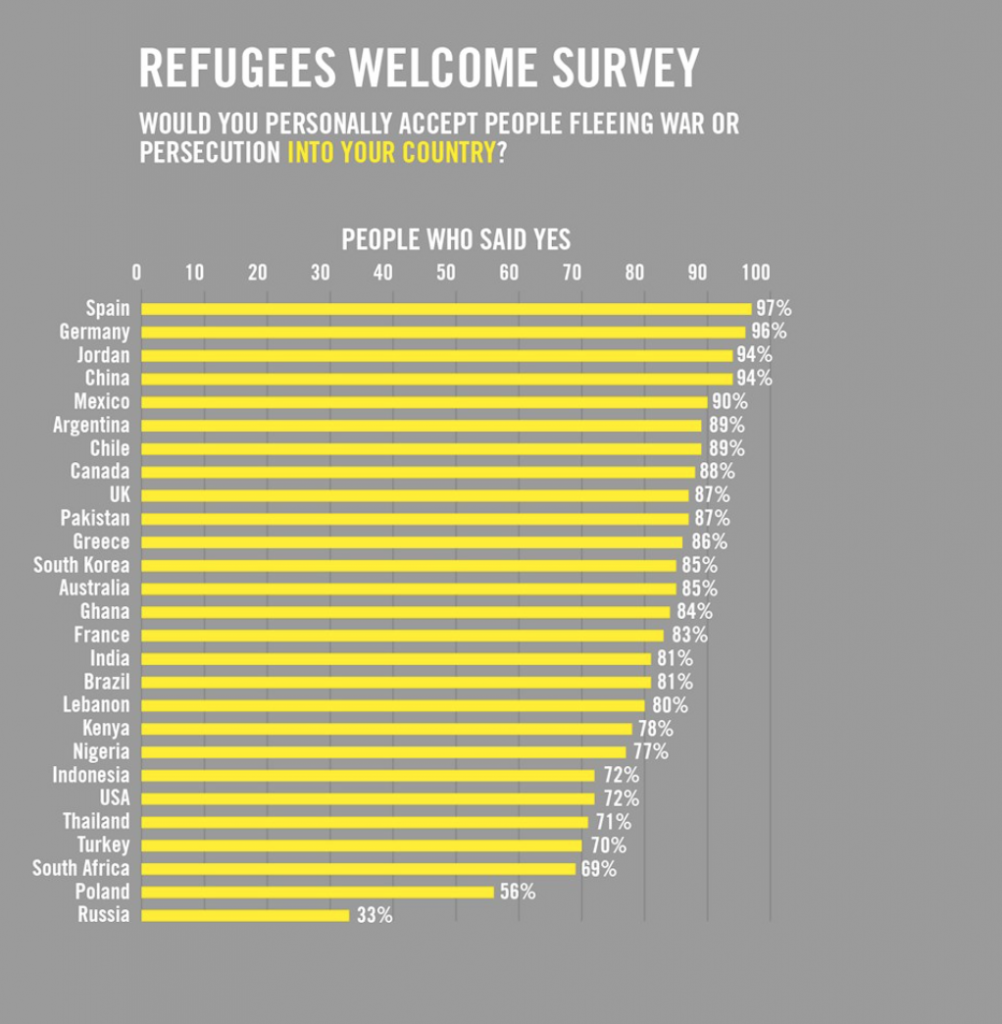 Globally, 80% of respondents would accept people fleeing war or persecution in their country. Source: Amnesty International

In Jordan, which is currently hosting around 650,000 refugees among a total population of 6.5million, 97% of respondents said they would accept people fleeing war into their country.

In Lebanon, where a population of almost 4.5 million people is hosting more than 1million Syrian refugees, 80% responded positively to the same question. Similarly, in Turkey, which has taken an estimated 2.7 million refugees since the Syrian war started, 70% respondents said they agreed that their country should shelter people fleeing war.

On the other end of the scale, the least welcoming countries were Russia, Indonesia, Thailand and Poland. 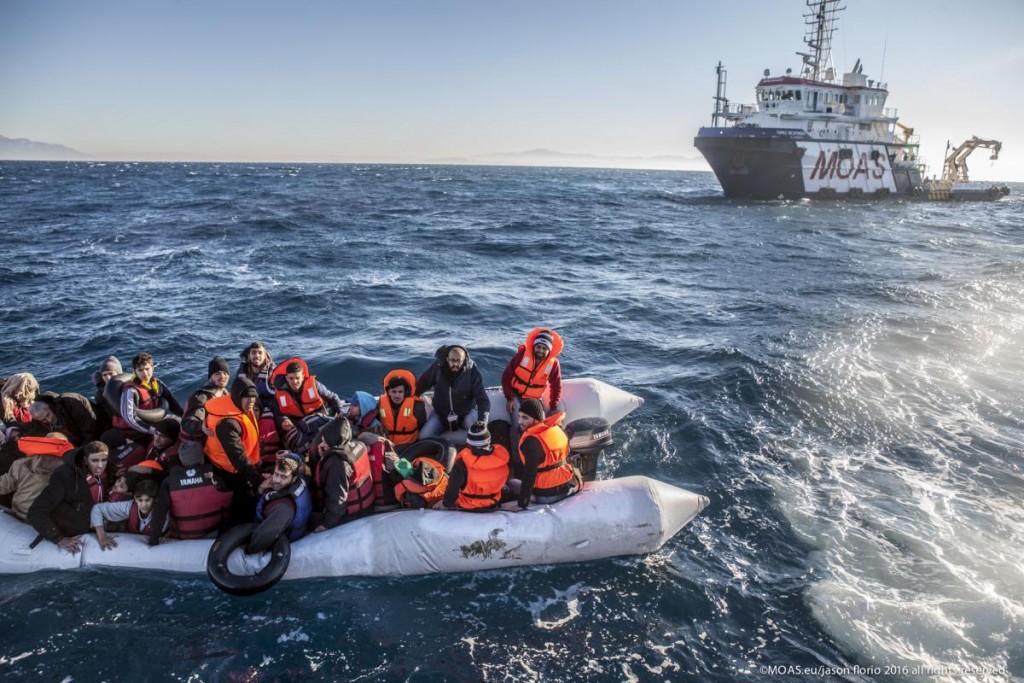 “These figures speak for themselves,” said Salil Shetty, Amnesty International’s secretary general. “People are ready to make refugees welcome, but governments’ inhumane responses to the refugee crisis are badly out of touch with their own citizens’.

“The Refugees Welcome Index exposes the shameful way governments have played short-term politics with the lives of people fleeing war and repression.

“Governments cannot allow their response to the refugee crisis to be held hostage by headlines. Too often they use xenophobic anti-refugee rhetoric to chase approval ratings. This survey suggests they are not listening to the silent majority of welcoming citizens who take the refugee crisis personally.”

The survey comes ahead of the UN-convened world humanitarian summit in Istanbul on 23-24 May, where countries are expected to make commitments to resettle more refugees, particularly those displaced by ongoing conflict in the Middle East.

Amnesty International is also calling for governments at next week’s World Humanitarian Summit in Istanbul  to commit to a new, permanent system for sharing the responsibility to host and assist refugees.

This “Global Compact on responsibility-sharing” already proposed by the UN on 9 May, would then be adopted at a high-level UN summit of world leaders on 19 September. UN Secretary-General Ban Ki-moon is convening both summits to address the biggest humanitarian and refugee crises in 70 years.