Migrants are being sold for organ harvesting if they are unable to pay for their trips across the Mediterranean, an Eritrean smuggler turned state witness revealed to Italian authorities.

Nuredin Wehabrebi Atta was arrested in Italy in 2014. After exposing an elaborate transnational trafficking network, Atta became the first foreigner given witness protection by Italian authorities.

He claimed that migrants who were unable to pay “were sold for €15,000 to groups, particularly Egyptians, who were involved in removing and selling organs.” Testimonies like Atta’s and discoveries of mass graves in the Sinai have exposed organ trafficking systems that prey on vulnerable migrants wishing to journey to Europe or Israel. 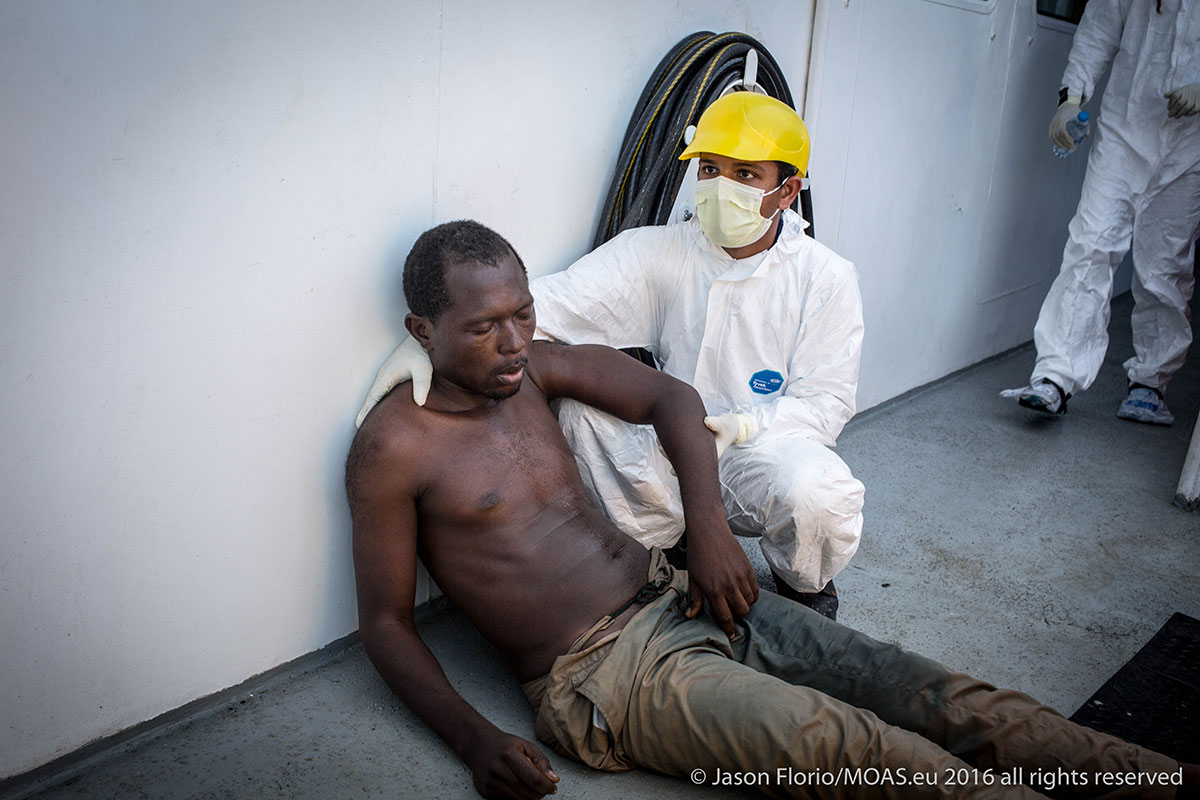 Migrant rescued by MOAS off the coast of Libya. 11th June 2016

The trade Atta referred to concerned primarily the years between late 2009 and mid-2014. Much of the trafficking activity subsided in the Sinai following a crackdown by the Egyptian government in the region.

However, a recent case involving at least four Somali victims suggests the trade is still ongoing.

Atta’s testimony led to the arrests of dozens of alleged traffickers from an organization that allegedly smuggled drugs, arms and migrants from Africa to Europe. The group consisted of 25 Eritreans, 12 Ethiopians and an Italian. Cells were exposed cells in North Africa, Rome, Palermo, Agrigento, and other locations throughout Europe.

Over €526,000 and $25,000 in cash were found in the alleged Rome cell which was operated from a perfume shop near the city’s central station. 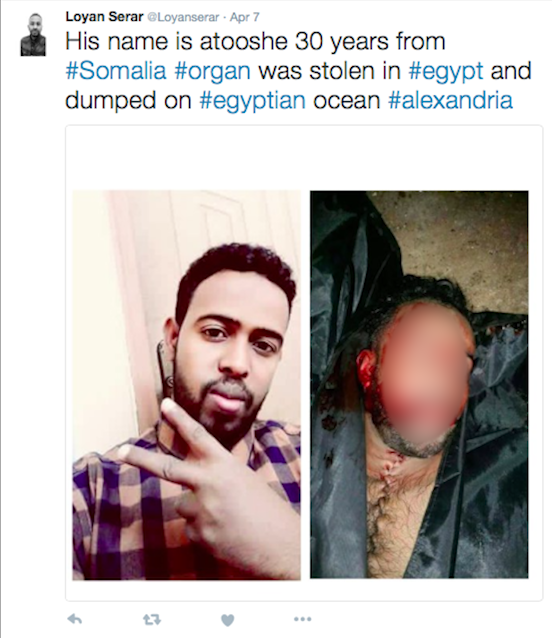 Atta said that he decided to collaborate with authorities “because there have too many deaths in the sea.” He specifically referenced the October 2013 tragedy in which 360 people were killed in a boat sinking in Lampedusa, although he played no role in the incident.

“The deaths that we were aware of were a small part of it,” Atta told police in Palermo. “In Eritrea alone there have been victims in eight out of 10 families.”

He was sentenced to five years in prison in February.

While Atta’s testimony has brought the issue to the forefront, the trafficking of persons for organ removal is not a new phenomenon.

The badly butchered bodies of 9 Somalis were found washed up on a beach in Alexandria, Egypt early in April. The bodies were missing all vital organs. A mother, her three-month old son and 18-month old daughter were among the victims.

Rising international demand for organs, especially kidneys, and a low supply makes illegal organ trade a highly profitable operation. A kidney can go for up to $200,000 on the black market.

Organ trade generated an estimated $600 million to $1.2 billion in profits in 2011, according to a United Nations (UN) report. 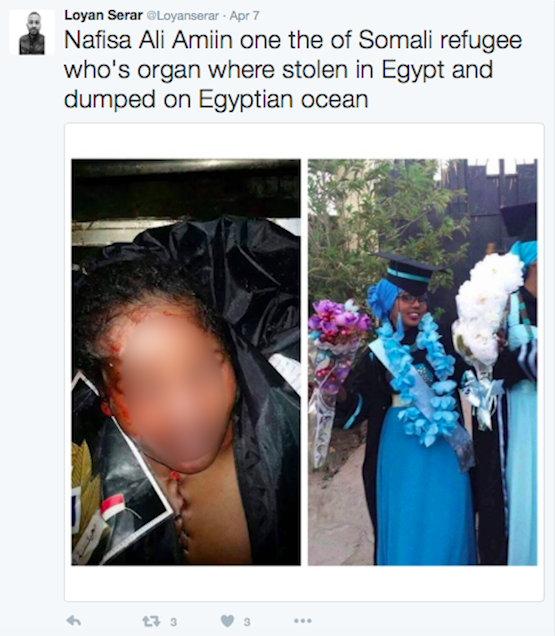 10,000 organs were sold on the black market in 2010, according to World Health Organisation (WHO). That means that more than one organ was sold per hour.

In the Sinai, Bedouin tribes who are allegedly assisting with people smuggling are believed to harvest organs from migrants who are unable to pay.

Hamdy Al-Azazy, head of the New Generation Foundation for Human Rights, believes that Egyptian doctors are in on the operations, working from mobile hospital units to harvest organs from the victims.

Organs are stolen while the migrants are still alive. “The organs are not useful if they’re dead,” Al-Azazy told CNN. “They drug them first and remove their organs, then leave them to die and dump them in a deep dry well along with hundreds of bodies.”