The six richest countries host only 8.8% of the world’s refugees, according to an Oxfam report.

The United States, China, Japan, Germany, France and the United Kingdom constitute almost 60% of the global economy; yet only host 2.1 million refugees collectively.

While Jordan, Turkey, Pakistan, Lebanon, Palestine, and South Africa – which make up less than 2% of the global economy – host over 50% of refugees and asylum-seekers. 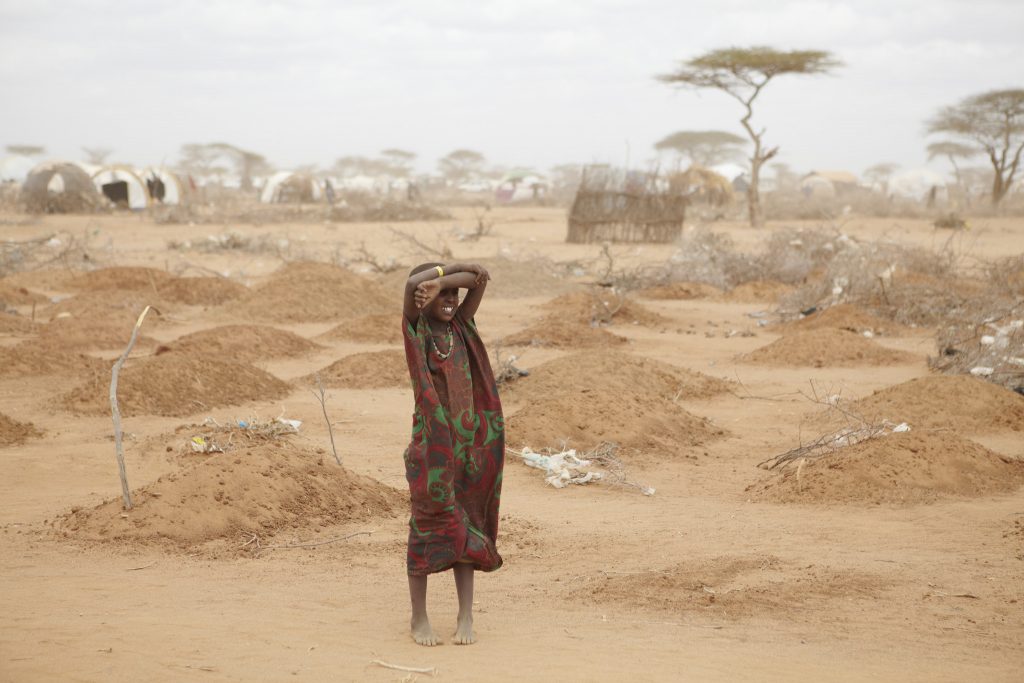 A young girl stands amid the freshly made graves of 70 children, many of whom died of malnutrition, outside Dadaab refugee camp. Photo: Andy Hall/Oxfam.

Oxfam released the report ahead of two major refugee and migrants summits that will take place in New York in September and seek to address the more than 65 million people displaced worldwide.

“It is shameful so many governments are turning their backs on the suffering of millions of vulnerable people who have fled their homes and are often risking their lives to reach safety,” said Winnie Byanyima, Executive Director of Oxfam International.

“The international displacement we are seeing is an unprecedented and complex challenge requiring a coordinated global response. The richest countries need to be part of the solution and do their fair share by welcoming and protecting more refugees.”

The number of people displaced worldwide has reached record numbers and while more and more people are fleeing their homes, countries are increasingly finding more ways to close their doors.

The recent EU-Turkey deal has left thousands of asylum-seekers stranded in Greece while Kenya announced it would close the Dadaab camp, the largest refugee camp in the world.

The Kenyan government said that if Europe could turn away Syrians, Kenya could send back the over 300,000 mostly Somalis hosted in the camp.

Oxfam is calling on governments to not only host more refugees in their countries, but also to help developing countries that are bearing the brunt of the crisis.