On the occasion of the International Day for Commemorating the Victims of Acts of Violence Based on Religion or Belief, this week we want to take a deep look at religious persecution and how much it affects different parts of the world.

The International Day for Commemorating the Victims of Acts of Violence Based on Religion or Belief, celebrated on August 22nd, was established by the UN for the first time in 2019, to raise awareness of, and express strong condemnation for, continuing violence and acts of terrorism targeting individuals, including persons belonging to religious minorities, on the basis of or in the name of religion or belief. These acts of violence go against some fundamental human rights established by the UN Universal Declaration of Human Rights, such as freedom of religion or belief, freedom of opinion and expression or the right to peaceful assembly and the right to freedom of association. There are continuing acts of intolerance and violence based on religion or belief against individuals, including against persons belonging to religious communities and religious minorities around the world, and the number and intensity of such incidents, which are often of a criminal nature and may have an international profile, are increasing.

Acts of religious persecution do not only include discrimination, but they often have to do with confiscation or destruction of property, incitement of hatred, arrests, imprisonment, beatings, torture, murder, or executions. Religious persecution and acts of violence based on religion happen in every part of the world, from the most developed countries to those in the developing world. Although media attention might be greater for the acts perpetrated in the ‘Western world’, much greater crimes and acts of violence are perpetrated to thousands of people because of their religion and belief in other parts of the world, regularly causing persecution and frequent displacement.

The annual study on global restrictions on religion, carried out by the Pew Research Center, reported an increase in the global restrictions based on religion starting from 2016. Restrictions from the government as the establishment of laws and policies restricting religious freedom (such as requiring that religious groups register in order to operate) and government favouritism of religious groups (for example through funding for religious education) appear to have risen in the past 4 years in several parts of the world. The study also reported an increase in general social hostilities, and in European countries this is also due to the rise of nationalist politics. These hostilities can be related to religious norms, when groups try to impose their religious norms on others through kidnappings and forced conversions, or they can be in the form of harassment by individual or social groups, up to acts of religious violence by organized groups. A serious threat is also the one caused by interreligious tension and violence in several regions as Sub-Saharan Africa or India.

The persecution of Christian people is one of the most widespread around the world. This ongoing persecution takes place in many countries, as India, North Korea, Afghanistan, Somalia, Sudan, Pakistan, Eritrea, Libya, Iraq, Yemen or Iran. During the first half of 2020, in India, a significant rise in Christian persecution has been reported. In these countries Christians often suffer discrimination, religious restrictions perpetrated by laws that do not recognize Christianity as a religion in the country, or worse risks as imprisonment or death.

Many Muslims around the world also go through serious struggles because of their religion and belief. In Europe and the United States, they are subject to increasing demonisation and persecution, an in other countries they suffer even worse atrocities, such as concentration camps, slaughter or systematic pogroms in countries like China or India. Muslims suffer discriminations and conflicts also within as the religion, between different branches of Islam.

The persecution of Christians or Muslims is just the tip of the iceberg as many other religious minorities around the world constantly face discrimination on a regular basis. 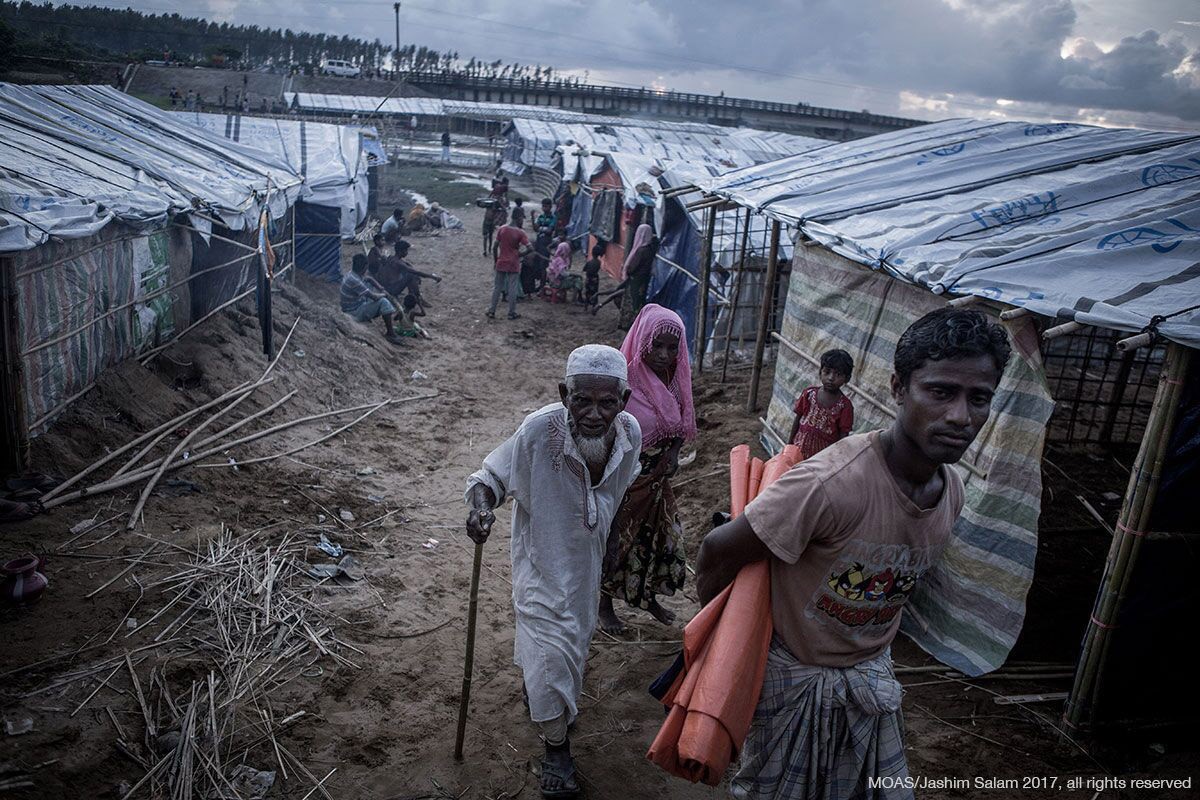 They have faced decades of discrimination and repression in the country, starting as far back as1970s. The government of the predominantly Buddhist state of Myanmar effectively denied them citizenship under the 1982 Citizenship Law, turning them into one of the largest stateless populations in the world.

In August 2017 there was a harsh escalation of violence and persecution in Myanmar towards Rohingya Muslims, and many Rohingya villages were burned and attacks were launched killing many civilians. At least 6,700 Rohingya were killed in the month after the violence broke out, and Rohingya women and girls suffered terrible abuse.

This violence caused a large exodus of Rohingya towards Bangladesh, where over 700,000 people sought refuge from this terrible persecution over the following months, bringing the population of Rohingya in Bangladesh to over 800,000. Approximately 900,000 Rohingya refugees are now in Bangladesh, around the refugee settlements of Kutupalong and Nayapara in Cox’s Bazar district. Here they suffer conditions of overcrowding, poor health facilities and lack of essential supplies, and require aid and protection to survive.

The estimated 600,000 Rohingya who remain in Rakhine State in Myanmar are subject to government persecution and violence, confined to camps and villages without freedom of movement, and without access to adequate food, health care, education, and livelihoods. UN investigators believe they face a “serious risk of genocide” in the state.

Religious persecution represents a dramatic phenomenon around the world and ends up being another one of the reasons why people are forced to flee their homes. It causes increases of refugees and people who face great risks only for trying to exercise a fundamental right that is enshrined in the Declaration of Human Rights. These persecutions can be perpetrated both by governments, individuals and different actors. Serious measures need to be taken by states, the international community and each one of us to work towards a greater tolerance, respect and acceptance of religions, beliefs and cultures of other people surrounding us, in order to prevent further crisis like the Rohingya’s and others around the world.

Xchange Foundation continues to believe in protecting the rights of vulnerable communities around the world. Our research and data is designed to shed a light on global injustices and raise awareness for the communities in crisis being affected by issues of persecution, poverty, violence and exploitation on a daily basis. To support the work that Xchange Foundation does please donate now at http://xchange.org/donate/ and follow us on social media to find out more.