The headlines are daunting: “Environmental migrants up to 1 billion by 2050”. The impact of accelerating climate change on the planet and those who live on it are increasingly inescapable.

Recent news of the dire warnings set to appear in a forthcoming report by the influential Intergovernmental Panel on Climate Change (IPCC) made for worrying reading.

According to the report seen by Associated Press, even if humans limit the green-house gases which contribute to global warming, accelerating damage means that within the next thirty years the world will witness climate-change-related devastation including species extinction, more widespread disease, unliveable heat, ecosystem collapse, cities at risk from rising seas.

“Life on Earth can recover from a drastic climate shift by evolving into new species and creating new ecosystems,” the draft IPCC report warns. “Humans cannot.”

It is in the face of the now-inevitable dangers climate change poses to human lives, that governments are being urged to mitigate and to adapt.  Among the impacts of climate change the world must prepare for, is large scale migration. Yet, despite the dramatic headlines, the links between migration and environmental damage are complex and not as clear-cut as often portrayed. 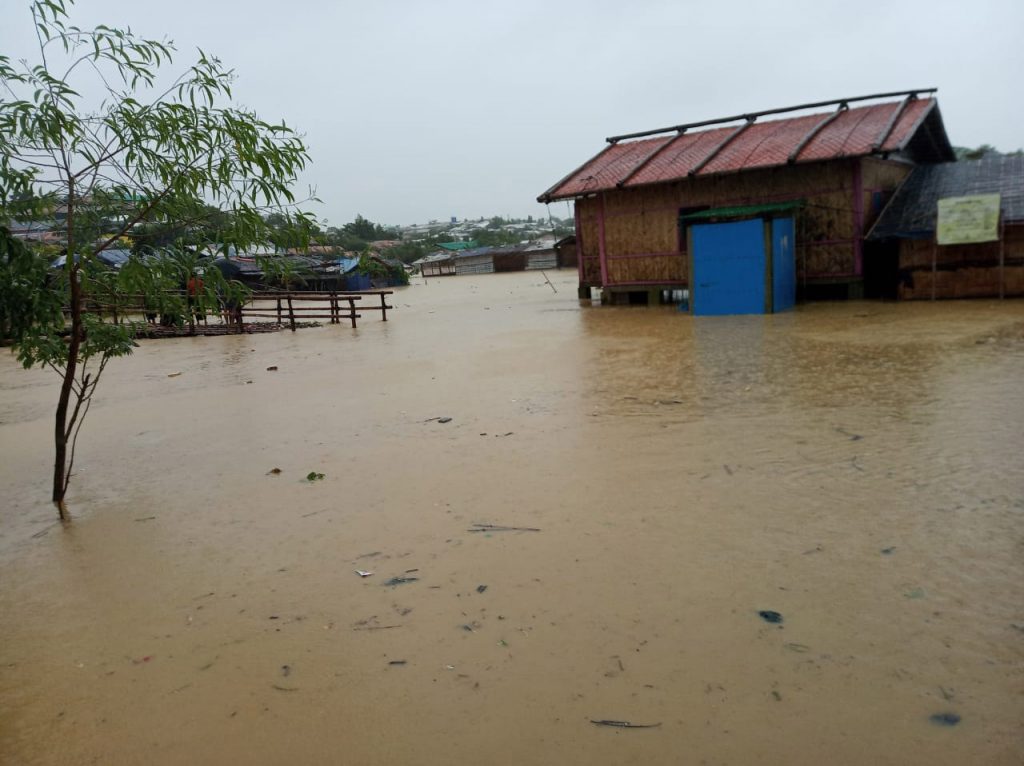 Threats from floods to fires

A common image of environmental migration involves coastal communities displaced as rising seas swallow their lands for ever:  This is certainly a very real threat. More than half a billion people live on land that is less than ten metres above current high tide levels (and a reported 230 million individuals, are living less than one metre above sea level). As such they are especially vulnerable to rising waters.

Yet long before the land is finally and irrevocably submerged, rising waters and climate-change-related storm surges are rendering many such areas increasing uninhabitable. Sea water pushed ashore during these new seasonal storms, leads to salinization of the land – preventing plants from growing and destroying fresh-water supplies.

While some-countries are seeking to adapt to this threat through de-salinization technology and sea walls, many living in developing nations lack the funding or infrastructure to do so, resorting to migration as a consequence. Even when such measures are adopted, it may be impossible to hold back the tide.  The U.S. Geological Survey projects by 2035 that some of the Marshall Islands will be submerged forcing their populations to move as their ancestral homes are swallowed by the sea.

Conversely, as some areas suffer flooding, others experience the impact of climate change in devastating droughts and life-threatening heat waves. A Guardian report, for example,  highlighted how while El Salvador is set to lose 10 to 28 percent of his coastline by the end of this century, large swathes of other parts of Central America are turning increasingly arid.

Devastating images of bush fires that turned the skies over Australia blood red in 2020, forcing families to flee their homes as the flames approached, were a reminder that people living in urban parts of developed nations are also at risk of forced migration because of climate change. 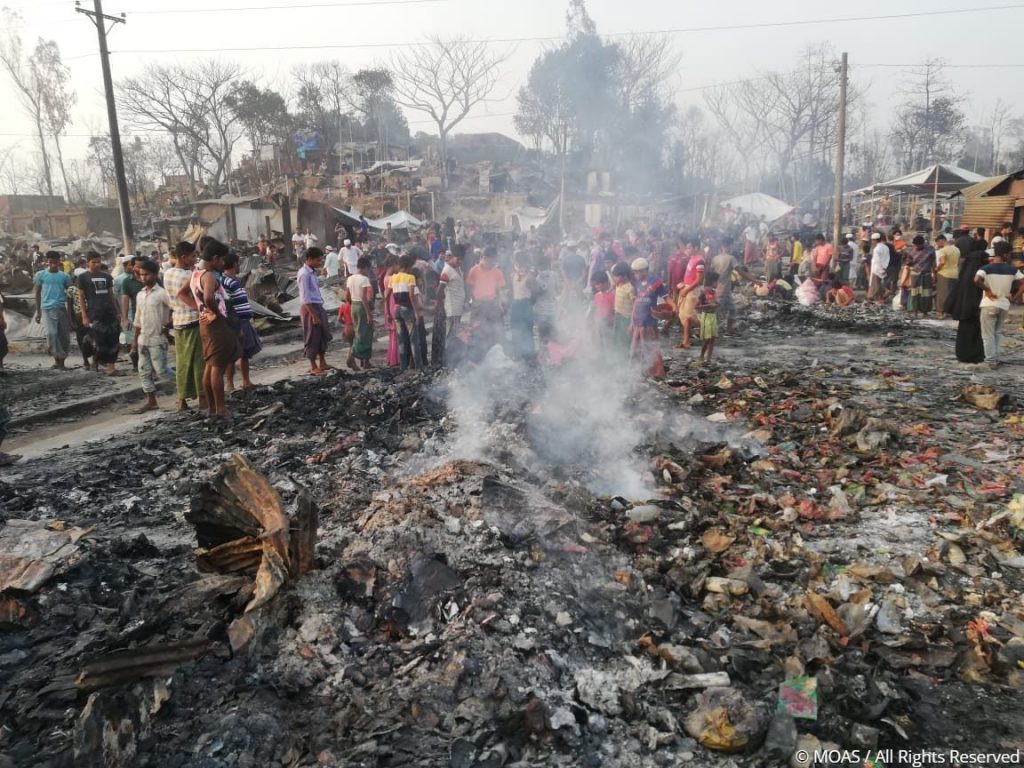 According to the UN Migration Agency, IOM, people’s migration responses to environmental threats  take different forms depending on the severity of the dangers. These can include: “temporary or seasonal labour migration; permanent out-migration; internal or international planned relocation; and other forms.” Each form of migration, the organisation notes, will in turn influence people’s vulnerability.

Flavell, Melde and Milan, in an influential 2020 report, point to the “complex and multi-dimensional” way in which human mobility related to environmental changes, reflects different vulnerabilities.

The academics note how migration relating to environment and climate change, vary according to whether people are facing sudden onset (such as hurricane or wildfires) or slow onset (drought or rising sea level) hazards. Noting the global trend towards urbanisation, they predict that those living in cities may be better protected because of targeted Disaster Risk Reduction measures.  Yet they also warn that the increasing environmental destruction  across  the globe will lead to a significant rise in “trapped populations”  – those who have no-where to escape to safety.

The United Kingdom’s Foresight project predicts that in coming decades millions of people in low-income countries could be “trapped” in environmentally exposed areas because they lack the resources or opportunities for migration.

The links between environment-driven migration and conflict are, IOM notes, complex and nuanced. While escape from conflict frequently drives people across national borders, most climate-related forced migration takes place internally. As such, the UN agency notes, it is less likely to lead to conflict between displaced people and the receiving community.

But forced migration during conflict can itself lead to environmental destruction. In Cox’s Bazar, Bangladesh MOAS supports refugees and host community residents affected by the 2017 violence in Myanmar that drove over 700,000 people over the border.

However, the arrival of hundreds of thousands of desperate people in just a few weeks took a dramatic toll on the local environment as forests were cut down to make room for shelters and supply fire-wood. While tree-planting projects by the UN and other INGOs are now underway, the destruction not only impacted the natural environment, but increased tensions with the host community many of whom relied on the forest for resources and food.

The importance of effective management of migration is evident, both to support those driven from their homes by environmental factors and to protect the environment from the impact of large-scale migration. This can include directing migration away from already environmentally vulnerable areas.

have also called for those seeking to move due to environmental issues, are provided with “access to information on the economic and social costs of migration, on the advantage and disadvantages of potential destination locations, and the absence of credit constraints can help potential migrants make decisions that will improve their livelihoods”.

Yet while the links between climate change and migration are strong and complex and the need for effective management is clear, there is as yet no formal definition of what an environmental migrant is, nor does fleeing to another country to escape climate change conditions necessarily lead to refugee status.

One thing that is certain however: Whether it is coastal families forced to move their homes short distances in land every few years as the sea eats away the shoreline; or atoll communities preparing to see their homeland disappear beneath the water for ever; or city-planners adapting disaster risk reduction projects to deal with fast-swelling urban populations, the time to act is now.

As Filippo Grandi, the UN High Commissioner for Refugees, noted

“We need to invest now in preparedness to mitigate future protection needs and prevent further climate caused displacement. Waiting for disaster to strike is not an option.”