2020 has been a challenging year for every single part of the world. Yet there have been some areas and some populations who have felt the effects of the COVID19 pandemic that has hit the world disproportionately as compared to others, which has exacerbated their already vulnerable and unstable conditions. Xchange has not stopped monitoring the areas of our research during this year, so here is a roundup of the current situations in some of the areas we covered in our reports and research. 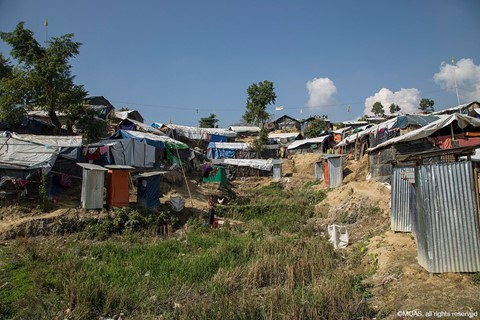 Our reports on the Rohingya analyse in detail the conditions and perspectives of this persecuted people who fled to Bangladesh in search of safety.

2020 has been extremely challenging for the Rohingya refugees in Bangladesh. The monsoon and cyclone season severely affect the country every year, with destructive consequences caused by the heavy rainfall, flooding and landslides. Unlike previous years, the country has also had to face the unprecedented situation of trying to cope with the impact of monsoon season, whilst simultaneously undertaking measures to combat COVID-19. Restrictions implemented to reduce the spread of the virus have significantly affected monsoon preparations and other measures to reduce the dangers of water-related emergencies. In 2020 alone, the monsoon season caused a total of 251 deaths, due to heavy seasonal rains and rising water levels across the country. Furthermore, the cyclone Amphan that hit South Asia in May 2020 destroyed the homes of thousands of people in Bangladesh, further aggravating the vulnerable conditions of the Rohingya as well as the host community.

The cramped conditions and deforested geography of the refugee camps make them extremely vulnerable to the natural hazards that affect Bangladesh every yea. In addition to which these conditions also make it very hard to prevent the spread of the COVID virus in an environment where practicing social distancing or having access to adequate sanitation facilities is a real challenge.

In response to these conditions, Bangladesh’s government approved a plan to relocate Rohingya refugees to Bhasan Char, an uninhabited and hazard-prone island in the Bay of Bengal, which has since been transformed into a settlement intended to host 100,000 Rohingya refugees, and that has been used during the first outbreak of the pandemic to quarantine Rohingya refugees rescued at sea. The Bangladeshi government is continuing on this line, with the relocation of Rohingya starting at the beginning of December, as it is intended to be finalised by the end of 2020. We dedicated a blog this year to look in detail the issues surrounding this relocation project, which raised considerable concern for the safety of those Rohingya among the international community, human rights groups and Rohingya community leaders.

This year many Rohingya also reached the shores of Malaysia, where the situation for refugees can be as challenging as in Bangladesh. One of our reports focuses exclusively on the irregular migration of Rohingya refugees from Bangladesh to Malaysia. The state of Myanmar keeps neglecting the issues related to Rohingya repatriation, refusing allegations of genocide or disregarding Rohingya requests to return to their country, and this year reinforced their position by excluding all the ethnic minorities, including the Rohingya, from the elections held on November 8th, which saw the renewed victory of the leader Aung San Suu Kyi.

“LOST CHILDHOOD” – An insight into Rohingya parent-child separation in Bangladesh 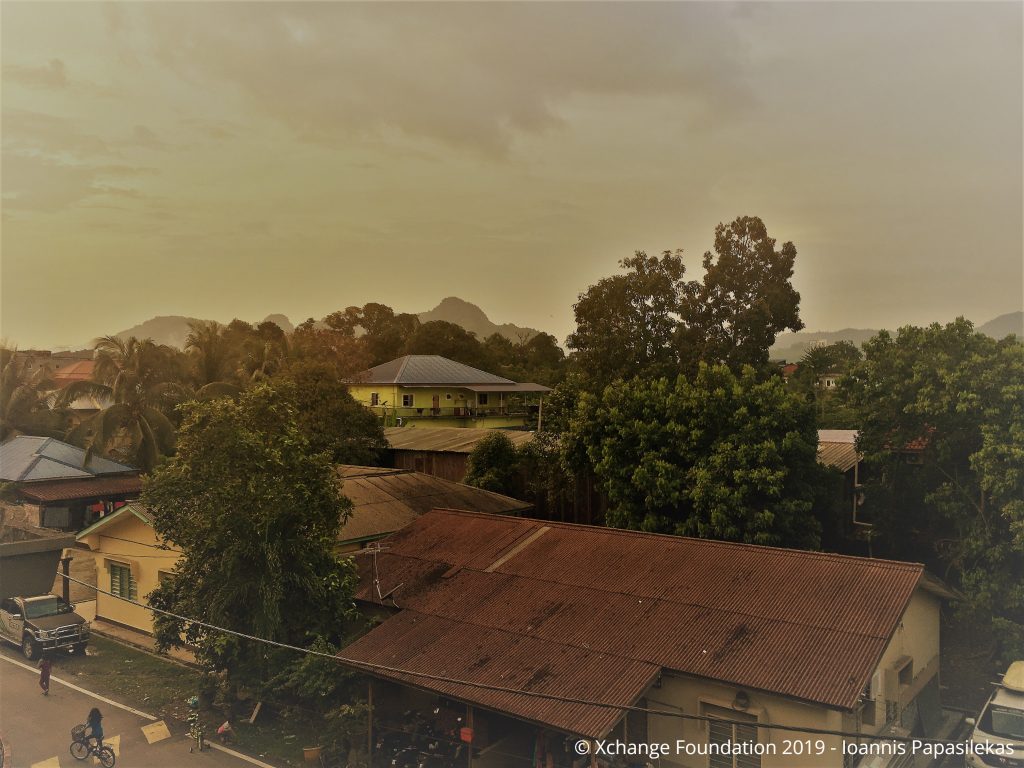 In 2019 Xchange published a two-part report on smuggling trends and the effects of European policy in Niger, West Africa, to explore anti-human trafficking laws and migration in the Agadez region and collect stories and testimonials from migrants transiting through Niger.

2020 saw the continuation of the conflict currently taking place in Niger and all the Central Sahel region. We dedicated a blog to a focus on the region and the ongoing conflict in the area. The blog also considers the humanitarian needs there, which have been very difficult to satisfy due to a trend of violence targeting humanitarian workers, as exemplified by the events in Niger in August when seven aid workers and their Nigerien guide were killed.

Furthermore, the spread of COVID19 did not spare Niger and the region, posing great obstacles to humanitarian work and challenges in dealing with the spread of the virus. The closure of borders in the area of Agadez, which is considered a key transit hub for migration in Africa, has exposed people on the move through Niger to even greater risk of harm. The number of people passing through Agadez was already on the rise, but the threat of coronavirus in the region has pushed it even higher.

In July 2019, Xchange explored, through a video report, the experiences of Venezuelan migrants traveling through Colombia on foot. The protracted socioeconomic disaster has caused the mass exodus of over 4 million people from Venezuela since 2015, making this one of the largest displaced communities in the world.

Colombia hosts the overwhelming majority of Venezuelan migrants. By the end of 2019, 1.7 million Venezuelans were living in Colombia and population projections in the Response Plan (RMRP) say that the total number of 2020 will be of 2.4 million refugees and migrants in the country.

Besides the challenges posed by the already fragile situation, the restrictions to prevent the spread of the virus have led to a new array of challenges for Venezuelan refugees in Colombia and throughout all South America. Colombia and other South American countries chose to close their borders to tackle the virus, making it hard for Venezuelans who are reliant on their Colombian neighbours due to economic collapse in their country to access even the most basic of necessities. One of our blogs published this year explores in more detail the issue and consequences of closed borders in South America and the world as a measure to prevent the spread of Covid19. 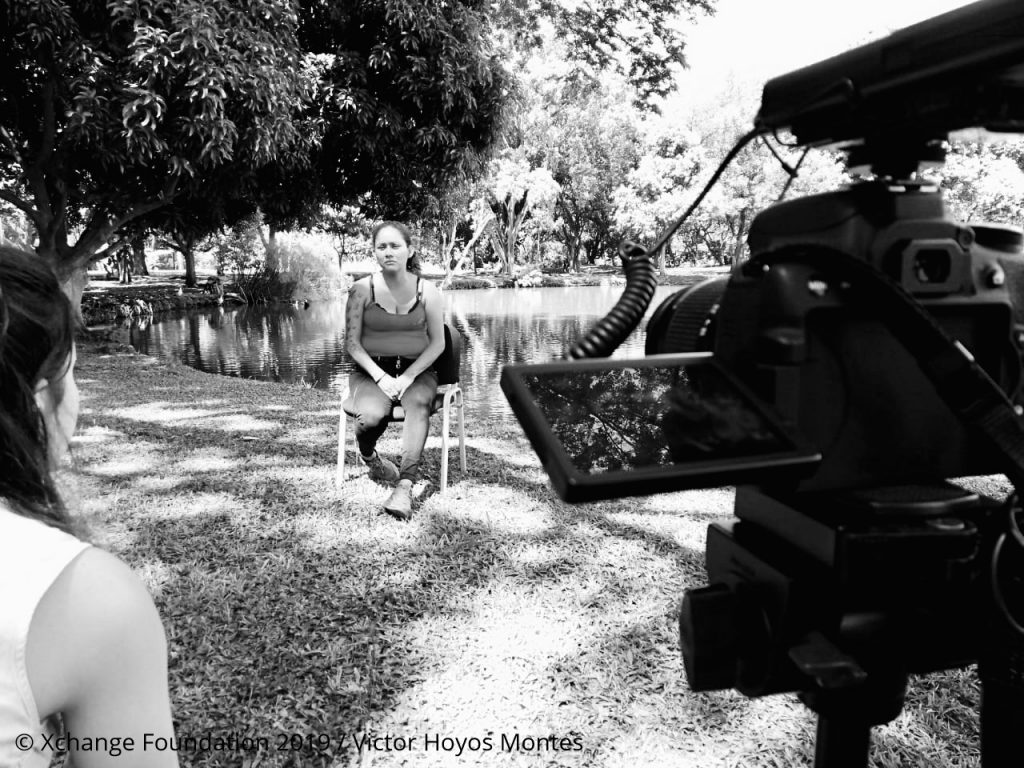 We hope that 2021 will bring us new hopes and inspirations for the future. Although 2020 was a challenging year for everyone, including us at Xchange, we hope that 2021 will bring us new hope and inspiration for the future. Xchange will not stop monitoring and following migration trends in all the areas in the world where people move and find themselves in new, often challenging, conditions.